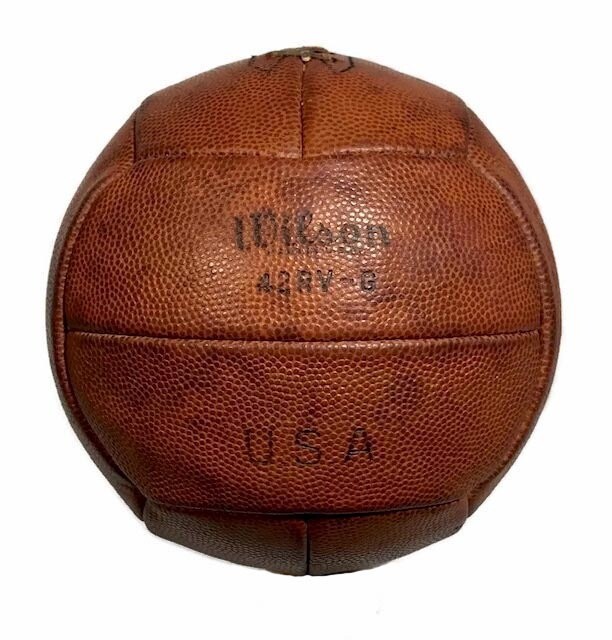 othersports005
$0
Out of stock
1
Product Details

Here we are offering an unusual Vintage Laced Volleyball that dates from the late 1930's, early 1940's. This antique volleyball was made by the Wilson Sporting Goods Company. It features very strong markings which include the Wilson logo and model number 42RV-G. An additional stamping of "USA" is also on the ball, which is in the same style as was used when sending sports equipment to the servicemen during World War II. This laced volleyball is an exceptional example from the era, as it remains in solid NR-MT condition with all of the original laces. A new bladder has been installed so it holds air perfectly!