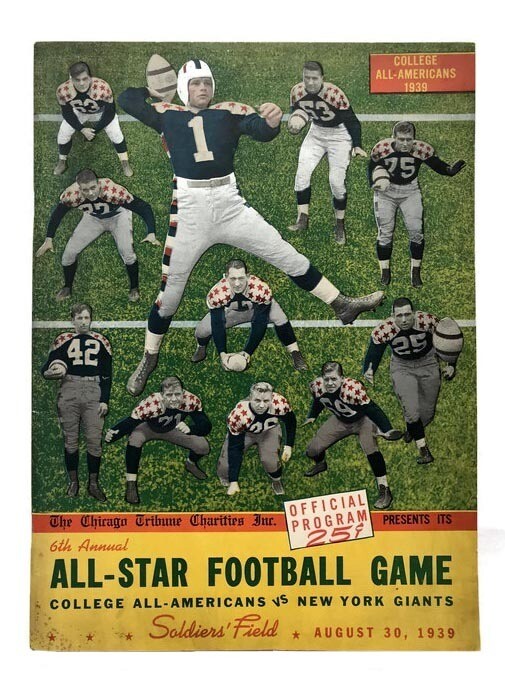 1939 College All Americans vs. New York Giants Football Program. This was the sixth annual ALL-STAR FOOTBALL GAME which was played at Soldier Field in Chicago. The College All - Americans were against the New York Giants from the NFL. Both teams featured great name players in the contest to benefit the United Charities, the Catholic Charities and the Jewish Charities of Chicago. The large 64 page program is filled with photos and information pertaining to both teams and football in general. The cover has a great football scene and the condition is EX-MT.