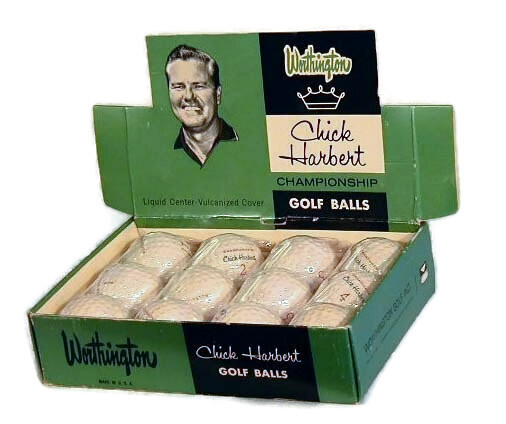 Offered here is a very rare box of Chick Harbert CHAMPIONSHIP model golf balls. The box is complete with one dozen Worthington brand golf balls endorsed by Chick Harbert. It holds four unopened sleeves, with each sleeve holding three golf balls.The great looking box doubles as an advertising/display piece, as the die-cut lid folds to show an image of Harbert on the box. Harbert was a professional golfer who won seven times on the PGA Tour. His only major win occurred in 1954 when he won the PGA Championship. The golf balls are unused and the display box remains in solid EX-MT condition.