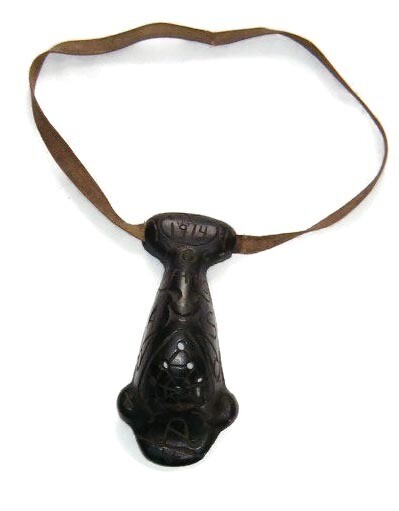 Here we have one of the more unusual antique football offerings. It is an antique football nose guard from the turn of the century that has been later decorated and dated 1914. This Turn of the Century Folk Art Football Nose Guard belonged to a man named Albert Seabright. He has carefully etched into the nose guard his name, the date of 1914and other information and decorations to include MFHS. He graduated in 1914 from the Martins Ferry high scholl located in Martins Ferry, Ohio. Mr. Seabright then went on to graduate from Ohio State University and worked as an engineer in Alaska. A very unique and interesting piece of vintage football equipment that remains in EX-MT condition with the original head strap still intact.